This January, at LFLTA, our state foreign language conference, I learned about a game that changed the rest of my year with my students.

This is a good friend of mine, Cat, who is a second year teacher and is already AMAZINGGGGG, she also loves Selfie Brain Breaks like me sooooo that automatically made me love her.

Cat was really brave and put herself out there for a Round Table presentation. They were quick, 10 minute presentations where each presenter had to quickly communicate on a topic. It is REALLY loud and pretty stressful but she did an incredible job. She presented on Loup Garou. A game that she played with her students EVERY Friday throughout the ENTIRE school year.

I was initially interested because I had invented my own “Loup Garou” version of mafia after teaching a unit on the Louisiana legend. I wrote about it in this blog. My kids LOVE this legend so I wanted to hear about yet another game to expose them to, and Blair, our mutual friend had told me I would LOVE it! OH MY GOSH… what an understatement!

If you use Mafia in your classes you WILL LOVE this game. If you don’t use Mafia in your classes yet… Stop waiting. Stop reading blogs about it. Stop watching videos and just try it…. it is what I had to do and honestly, it is MY favorite thing to do in my classroom and my students tell me DAILY that it is the best thing we do in class. The most incredible part about Mafia, is the amount of input you can give and how intensely interested the kids are in what you have to say. I tried Erica Peplinski’s Bad Unicorn in my Learning Lab at iFLT this year and it was EQUALLY as awesome and perfect for those younger babies. It is also an awesome version if you’re not comfortable using Mafia or Loup Garou in your classrooms because of the “killing”.  Regardless of WHICH Mafia you use,  PLEASE, just dive in and give it a shot.

SO, why is Loup Garou amazing?! It is essentially Mafia, but with WAY more characters. Here is a presentation I made (it is in English so you can change it to whatever language you teach) that has all of the characters listed along with a photo of each. It also includes the “accusation” page which I will talk about in “game play” below.

I would introduce this game, AFTER your kids are already familiar with Mafia. I also like introducing it when I can explain the game, characters and their “roles” when I can just do it all in the Target language. Here is a video of me reviewing the characters in Spanish with my sixth graders. This is the same “presentation” I provided above that you could use to talk about the characters with your kids before playing.

Loup Garou: The Loup Garou is the “mafia” of the game. If you have taught about the legend you can integrate that into your discussion of this character. The Loup Garou attacks someone in the night

The Witch: The witch is similar to the doctor, however the witch only has two potions. She has one potion  (I say water in my lower levels) of life and one of death. She can only use them one time each throughout the entire game. There is another dramatic difference with the witch and doctor which I will explain during “game play”

The Prophet: The prophet is like the police officer. Each night the prophet indicates who they believe the Loup Garou is.

Cupid: Cupid has an important job. Cupid chooses TWO people to be in love. If ONE of these two people are killed by the Loup Garou, or by the community, or by the witch, the other dies of a broken heart.

The Little Girl: This is the only person who can PEEK during game play! This is probably the most desired role amongst my students. If killed the little girl can NEVER reveal who she really was, she must say “I was innocent”. The little girl can also never be a ghost.

The Hunter: The hunter has an important role to play but ONLY when they’ve been killed. When this happens, the hunter reveals their identity and chooses ONE person in the circle to “take with them”.

Innocents: ALL the others…

Now that you have the characters, some answers to your questions before you ask them. Can you have more than ONE of each role? Sure. Whatever feels best for your class. The best part about this is that there are automatically MORE roles which the kids LOVE rather than the “three” that you’re limited to in Mafia. If you are choosing more than one kid for each character the challenge is always: 1. Getting them to communicate NON VERBALLY and SILENTLY and 2. Making a decision QUICKLY. Keep this in mind.

For-seeing issues: Students don’t mind being an “innocent”, because the game play is SO interesting, however, being an innocent ALL year, and never being a “lead” character can be a little disappointing. To avoid this, my suggestion is to print a roster at the beginning of the year. When you play Mafia or Loup Garou, keep track on the roster of when you used someone in a lead role. You can even have a student who is an angel do this for you later during game play. I like to put a code on my roster to indicate WHAT role the child had. That way I can add in letters when we play Mafia too.

First of all, I really think it is important to TAKE NOTES as you play!!! I created this (again in English) if it helps you to stay organized throughout the game. I would not be able to play without a “notes” sheet of some kind. THROUGHOUT the game, you speak in the TL. Though I am writing everything in English, obviously the best part about this game is the amount of AMAZING input you can give your students.

Here are TWO videos of me playing Loup Garou with a class. Cat has promised me that she is going to share videos of her classes with me playing starting in the new school year! She is going to show you (in her French classes) how she starts after just a few weeks of language instruction, and then she will film throughout the year to show how it gets more complex. As I get those videos I will post them or link to them here.

THE BEST THING YOU CAN DO IS JUST JUMP IN AND TRY IT. There is no ONE way to play either. I don’t think I played exactly like I learned from Cat. I had to learn as I went along. I make mistakes ALL the time too… and before I took notes I used to forget every time what would happen and I would have to ask the kids to sleep again so I could wake the characters up again and ask them WHO they had pointed to…. Sigh… “La Meastra Loca” Anyways…. My point is, you should try. Just jump in. Mafia and Loup Garou are truly, in my opinion the BEST, most engaging vehicles of input out there! 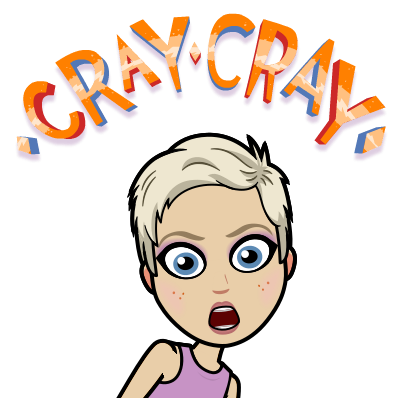